When you partner with Avance, you get more than just capital 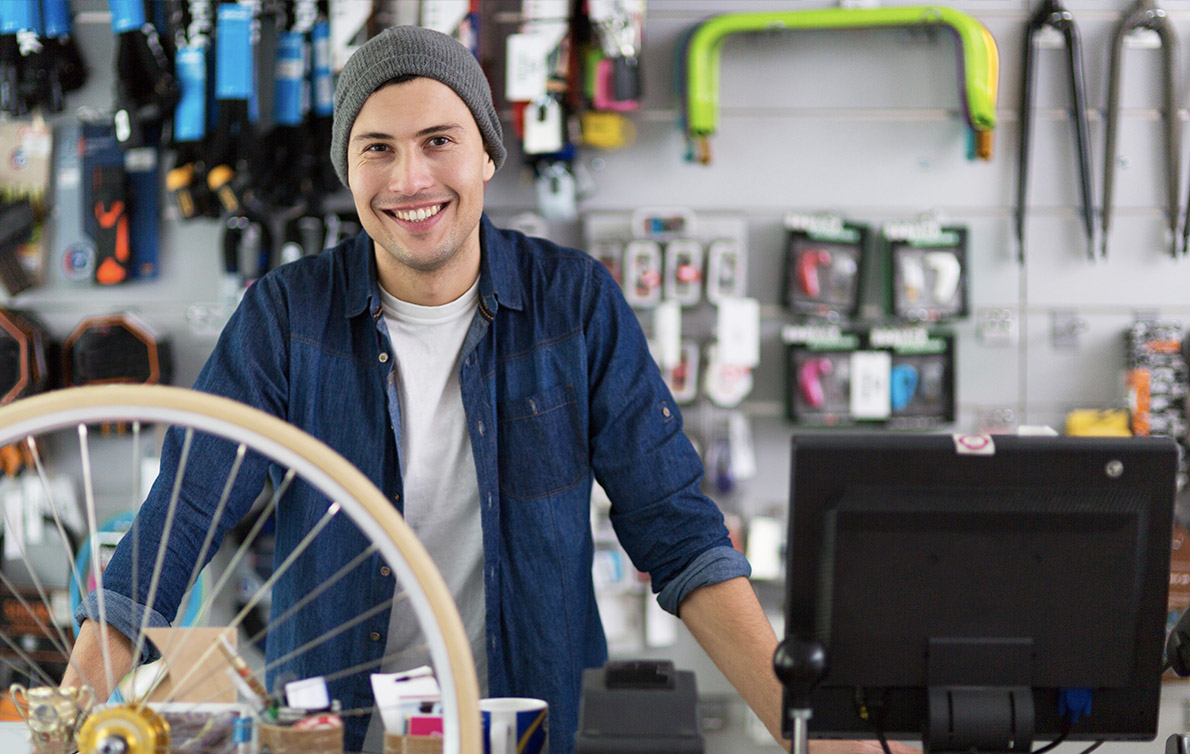 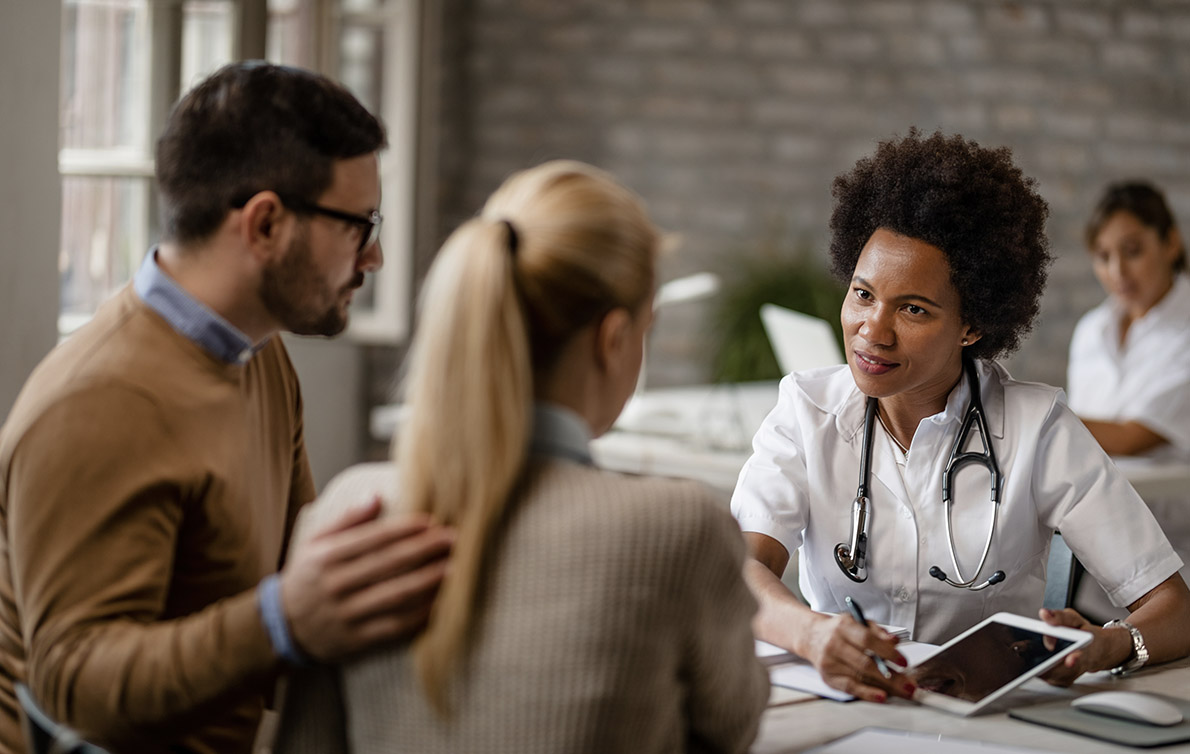 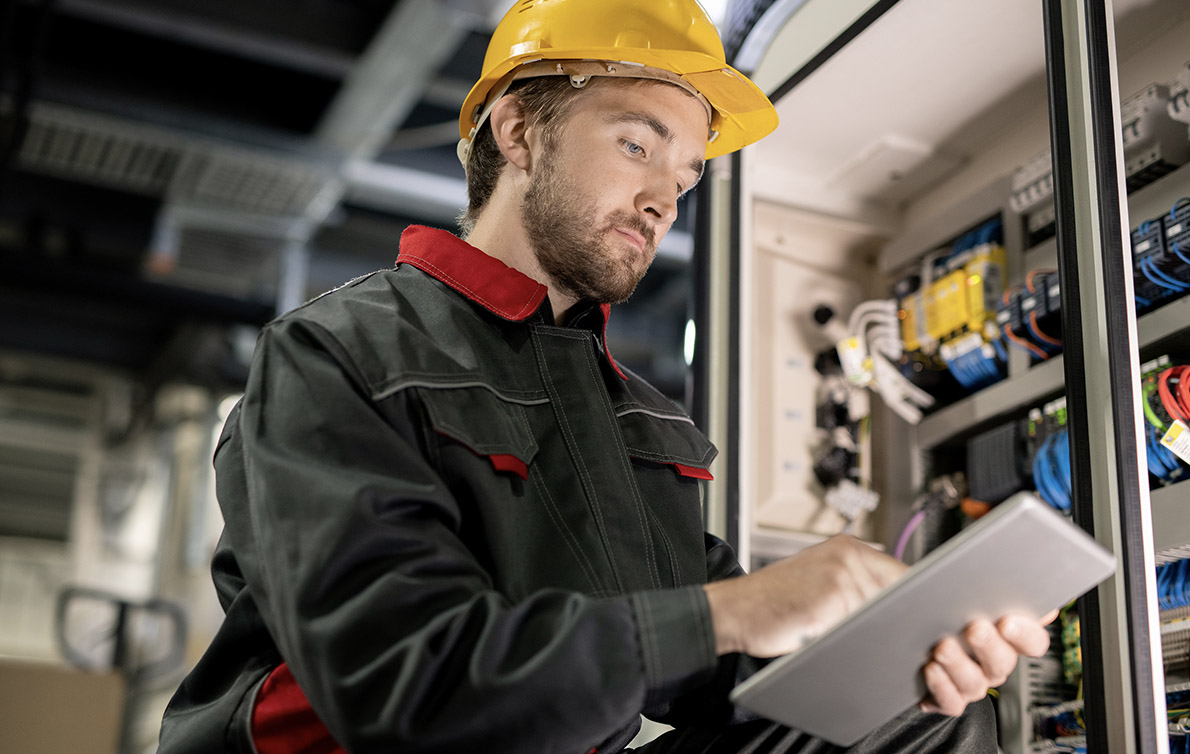 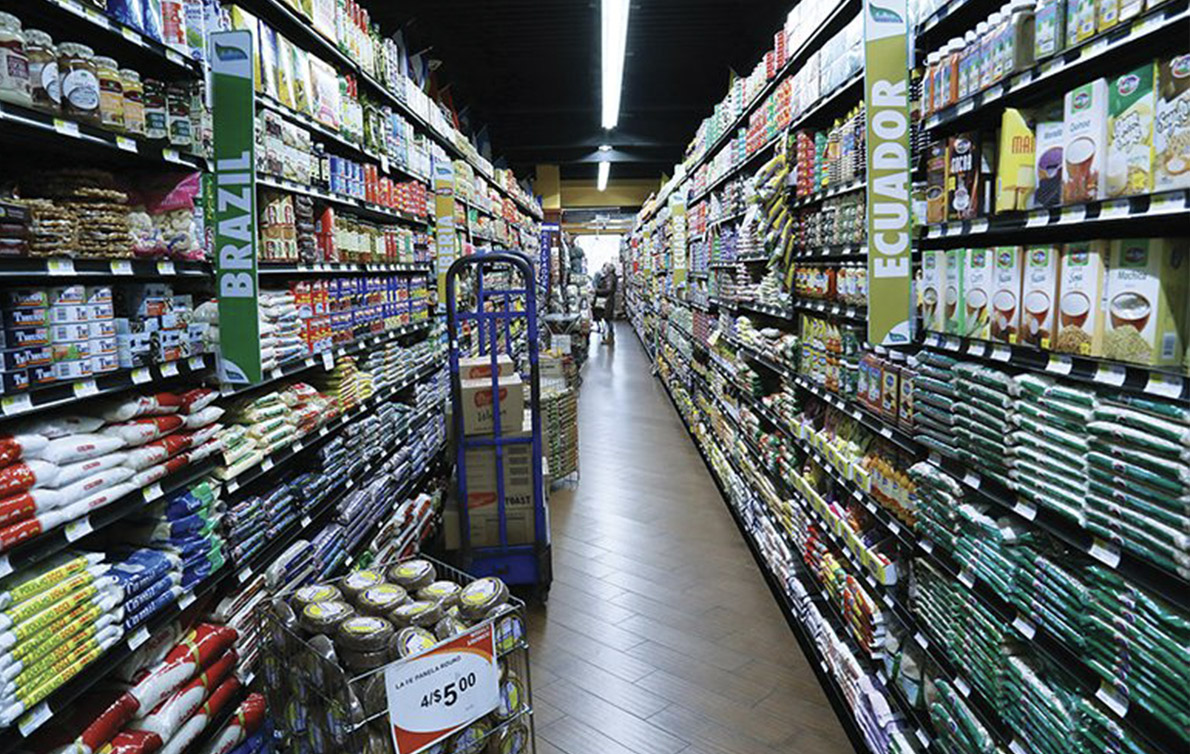 adept at guiding and supporting companies through transformative growth.

of executives, advisors, and functional experts ready to help you grow your business.

with a passion for building great businesses together with talented management teams.

as integral components of a commitment to ESG and positive impact.

as a friendly, value-added team, that prioritizes long term relationships.

Transformative growth of U.S. based middle market companies in the Services and Consumer sectors 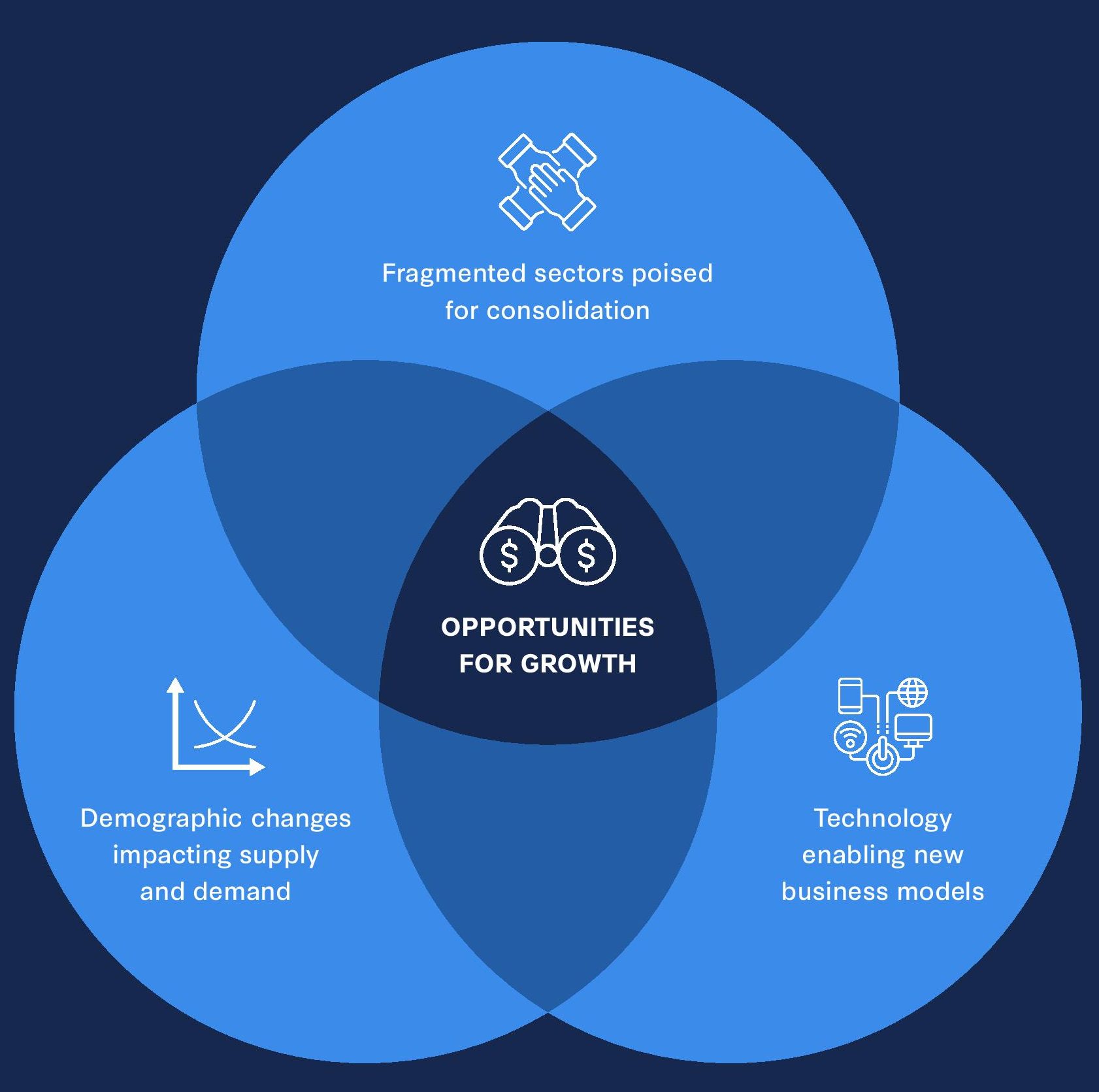 Avance works in partnership with management teams, industry executives, and functional experts with the goal of accelerating growth in revenue and profits. We do this through a disciplined process we call STAGE™, which is focused on business expansion and value creation. 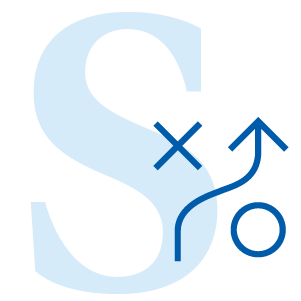 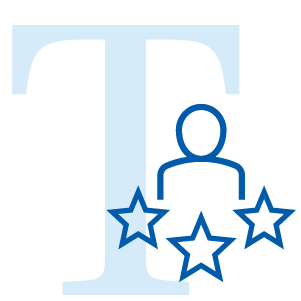 Leverage extensive network and human resources to help grow the leadership team and Board. 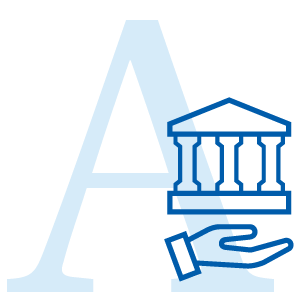 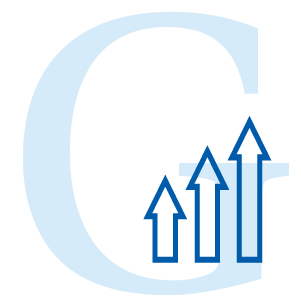 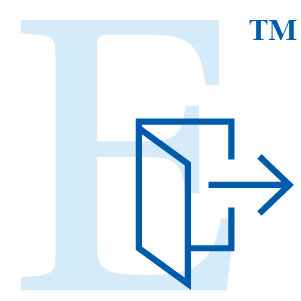 Iterative plans and support for successful transition upon attaining investment and partnership objectives.

With a foundation as friends, colleagues, partners and entrepreneurs, the founders of Avance set out to create a unique firm culture that puts people and relationships first. The Avance team is dedicated to serving its partners; the professionals that join us for career opportunities; the executives, management teams and employees that join us on the journeys to create value at portfolio companies; and the broader communities in which we operate. We welcome you to contact us. 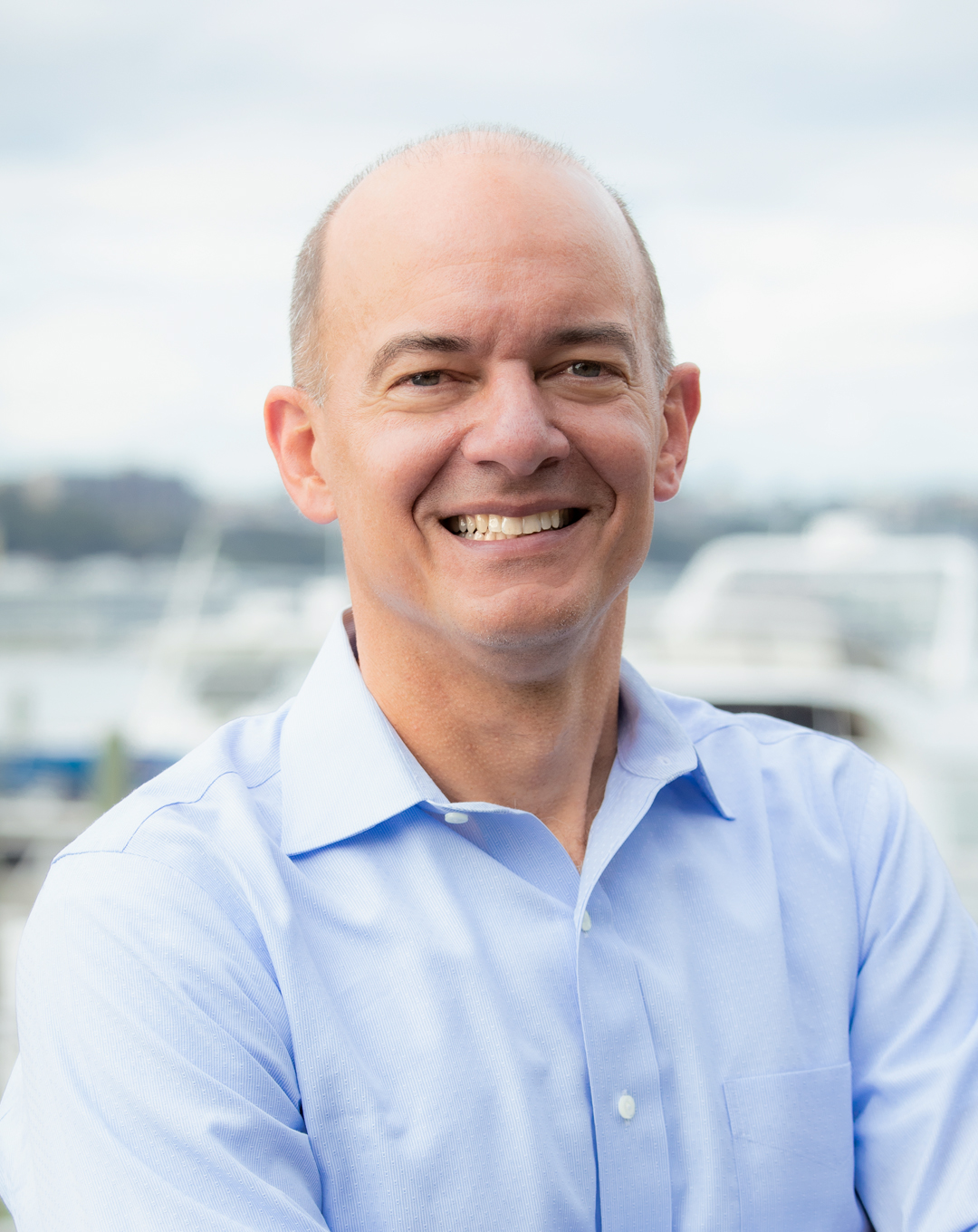 David Perez is a Co-founder and a Managing Partner of Avance Investment Management, LLC. Prior to founding Avance, Mr. Perez was the President and COO of Palladium Equity Partners. Prior to Palladium, Mr. Perez had several senior private equity roles, including Principal of General Atlantic Partners and Atlas Venture and Senior Associate of Chase Capital Partners. Mr. Perez started his career with James D. Wolfensohn and Co, focused on mergers and acquisitions.

Mr. Perez earned his B.S. in Systems Engineering from Dresden University of Technology, a M. Eng. in Engineering Management from Cornell University and an MBA from Harvard Business School. Mr. Perez is a member of the Council on Foreign Relations, a Co-Chair of the Harvard University Cuba Studies Advisory Group, a member of the Cornell Engineering School Advisory Group, a trustee of the Trinity School in New York City, and a longstanding board member and former President of the Board of Ballet Hispánico. He also served as Chairman of the Board of the NAIC. Mr. Perez lives in New York with his wife and three children. 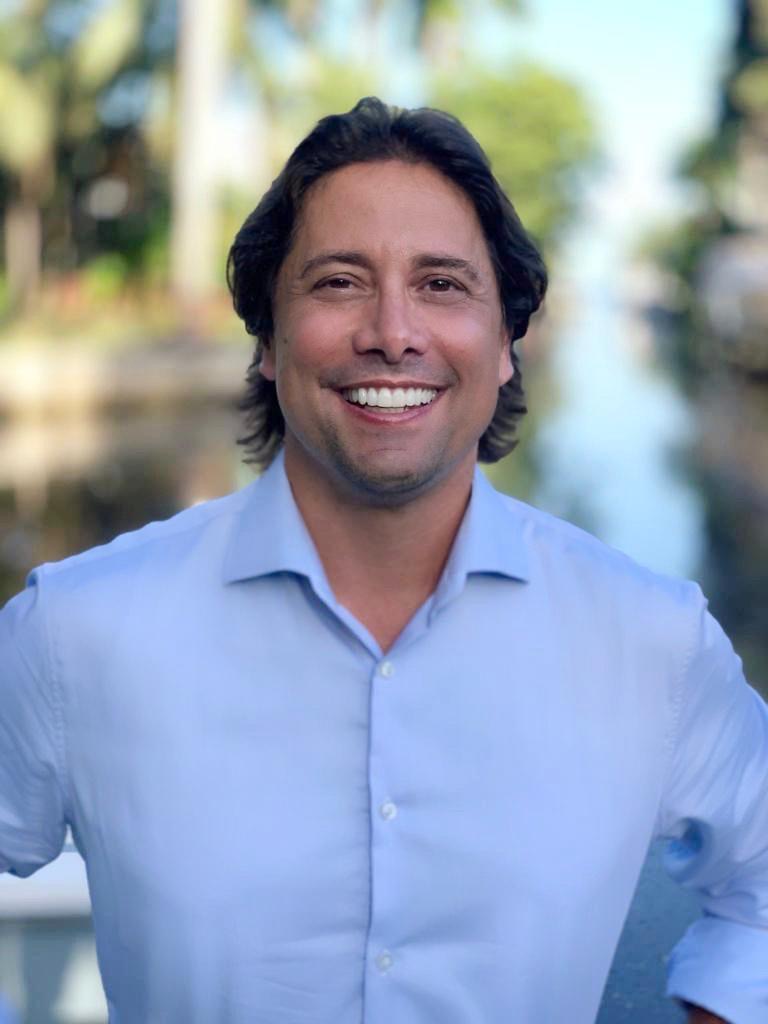 Luis Zaldivar is a Co-founder and Managing Partner of Avance Investment Management, LLC. Prior to co-founding Avance, he was a Senior Managing Director at Palladium Equity Partners. Prior to Palladium, Mr. Zaldivar held several positions across corporate investing, strategy and M&A, including roles as Vice President at Univision Communications, Senior Associate at Lehman Brothers in the Mergers and Acquisitions group and Senior Consultant at Accenture Strategy.

Mr. Zaldivar earned a B.S. in Finance from New York University’s Stern School of Business and an M.B.A. from Harvard Business School. Mr. Zaldivar’s grandfather founded a Cuban restaurant in New York City – Victor’s Café – which has been in business for 57 years, and is an important part of the Hispanic business, civic and political landscape of New York. Mr. Zaldivar lives in Florida with his wife and two children. 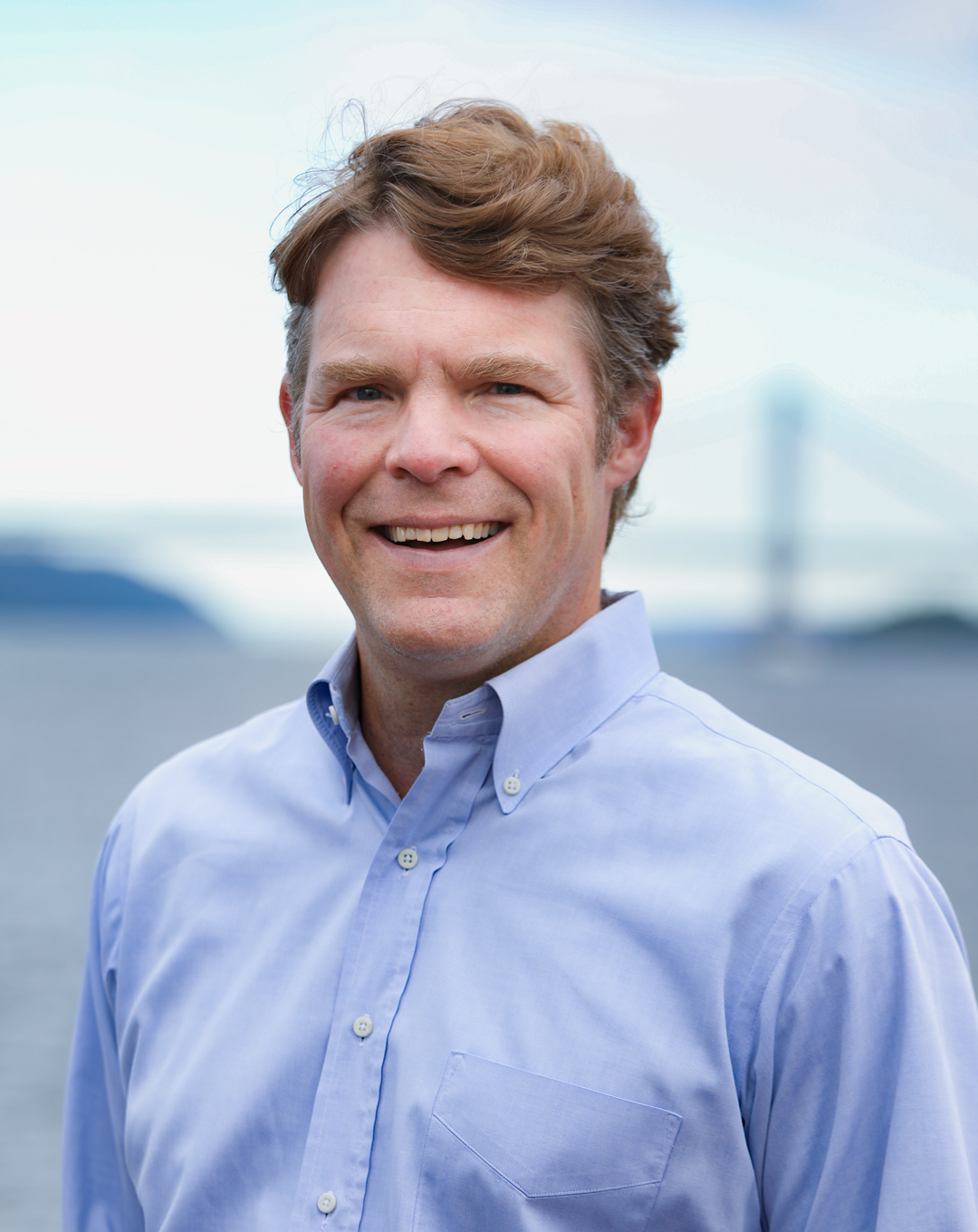 Erik Scott is Co-founder and Partner of Avance Investment Management, LLC. Prior to co-founding Avance, he was a Managing Director at Palladium Equity Partners. Prior to Palladium, Mr. Scott had several senior private equity roles, including Principal at FdG Associates and Principal of Parthenon Capital. Prior to Parthenon Capital, Mr. Scott worked at Raymond James Capital’s private equity business, at Allied Capital making mezzanine/growth investments, at Alex. Brown & Sons in tech/M&A and began his career at Bowles Hollowell Conner & Co. in M&A. 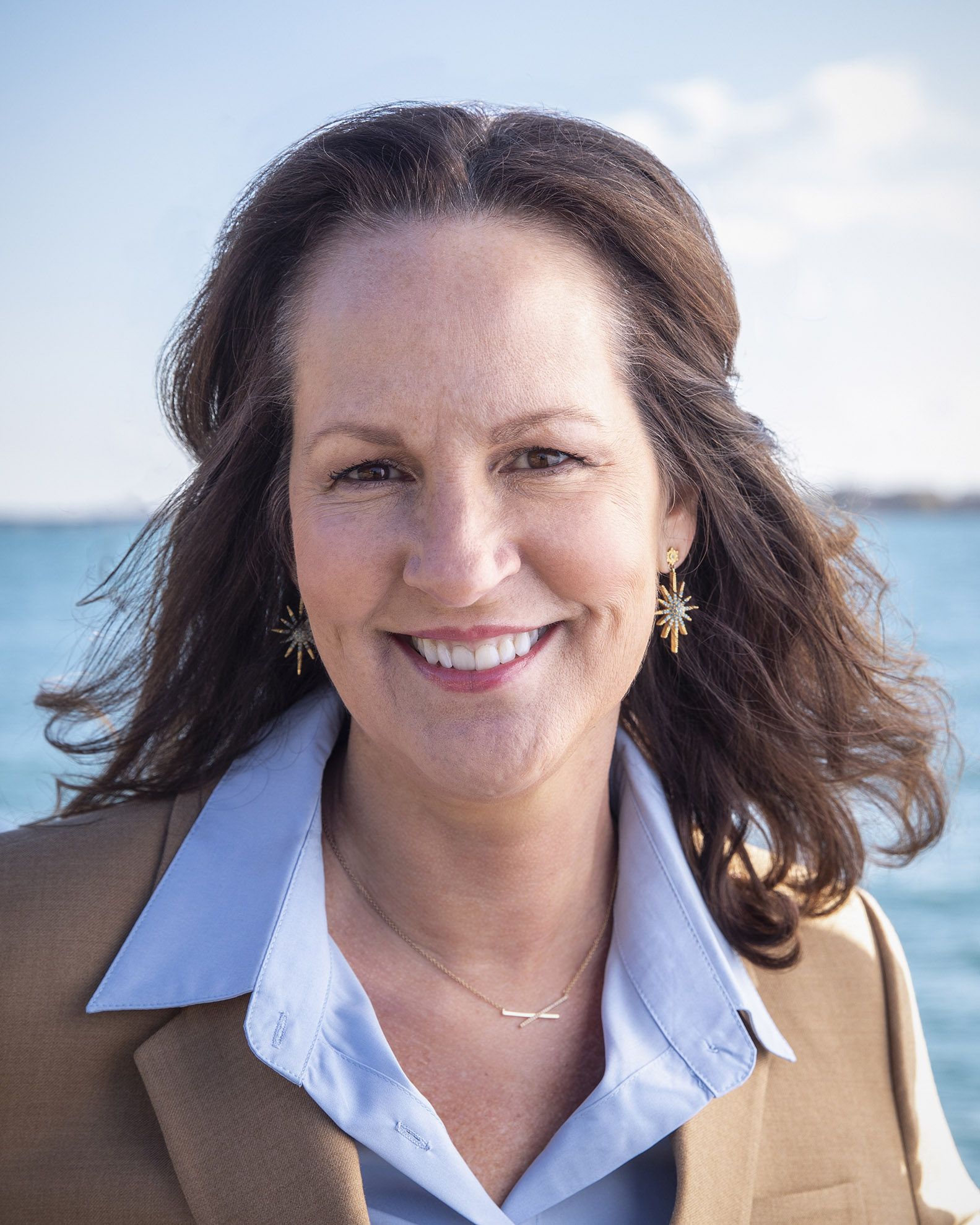 Gretchen Perkins is a Partner at Avance Investment Management, LLC, and is responsible for sourcing investment opportunities both for the firm and for portfolio companies. Ms. Perkins brings over 20 years of sourcing and business development experience, having created and implemented successful business development organizations and programs at her two prior firms: Huron Capital and Long Point Capital, in addition to many prior years in a variety of financial services and consulting roles.

She earned her Bachelor of Business Administration from the University of Michigan. Gretchen has been an active member of the Association for Corporate Growth for over twenty years, having held multiple board and leadership positions in the ACG at the chapter and national levels. Gretchen will Chair the ACG Intergrowth national conference in 2022. Ms. Perkins is also involved in multiple non-profit endeavors, including the following organizations: Endeavor Detroit, Detroit Police Athletic League, United Cerebral Palsy of Michigan, and 100 Businesses Who Care. Ms. Perkins resides in Florida and has two grown children. 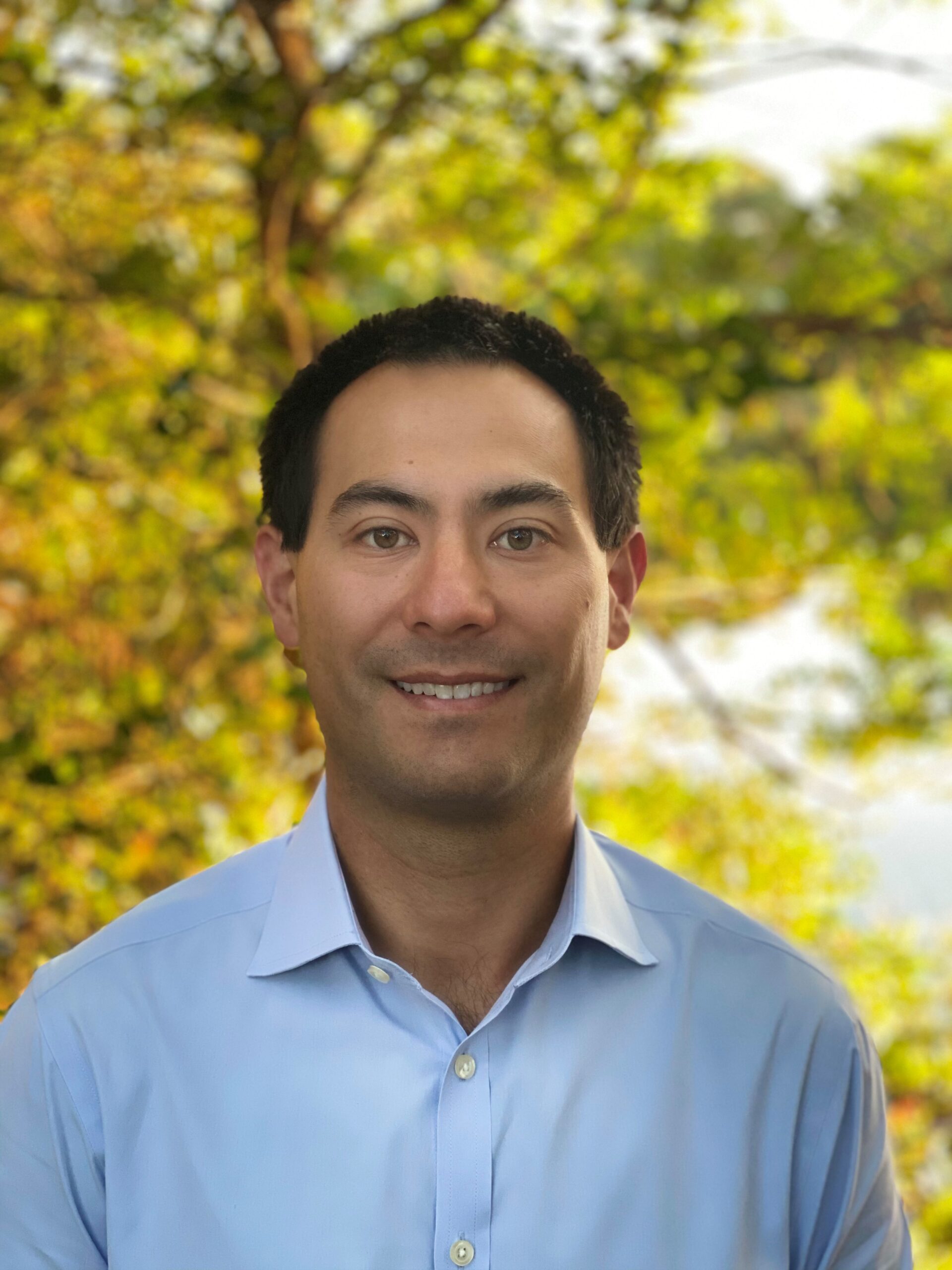 Drew Assapimonwait is a Principal of Avance Investment Management, LLC. Prior to Avance, he was a Vice President at Comvest Partners. Prior to Comvest, Drew worked in private equity at Marlin Equity Partners and ClearLight Partners. He started his career in the Diversified Industries group at J.P. Morgan. Drew earned a B.A. in Economics and a B.S. in Accounting / Business Administration from Washington and Lee University. Drew lives in Florida with his wife and son. 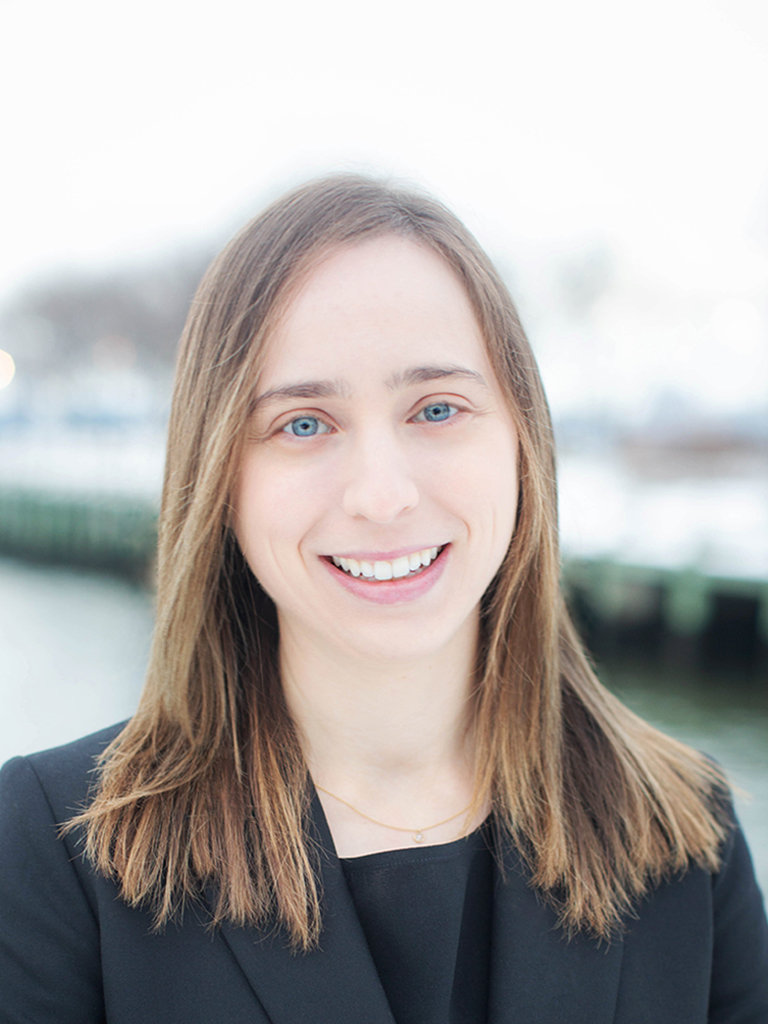 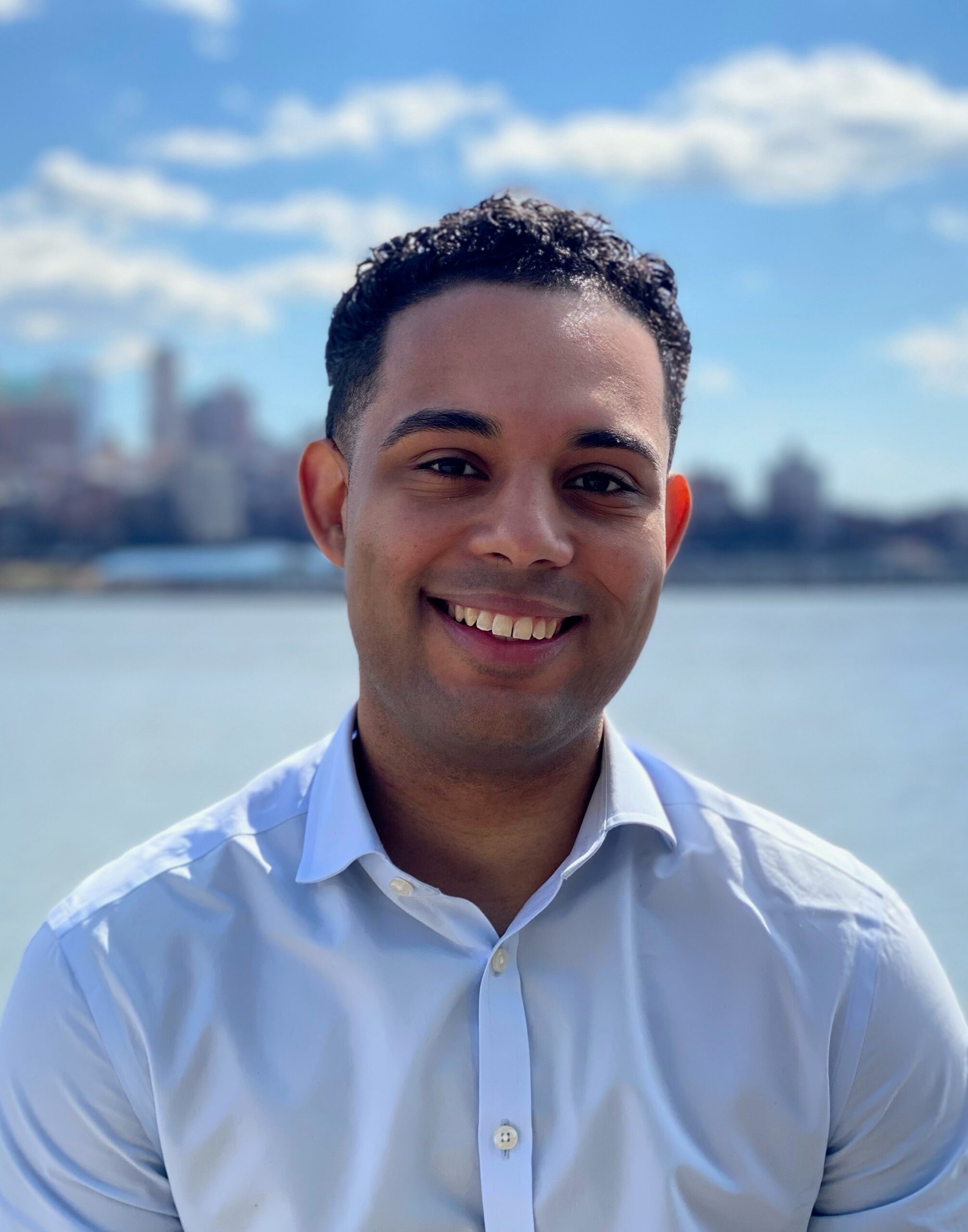 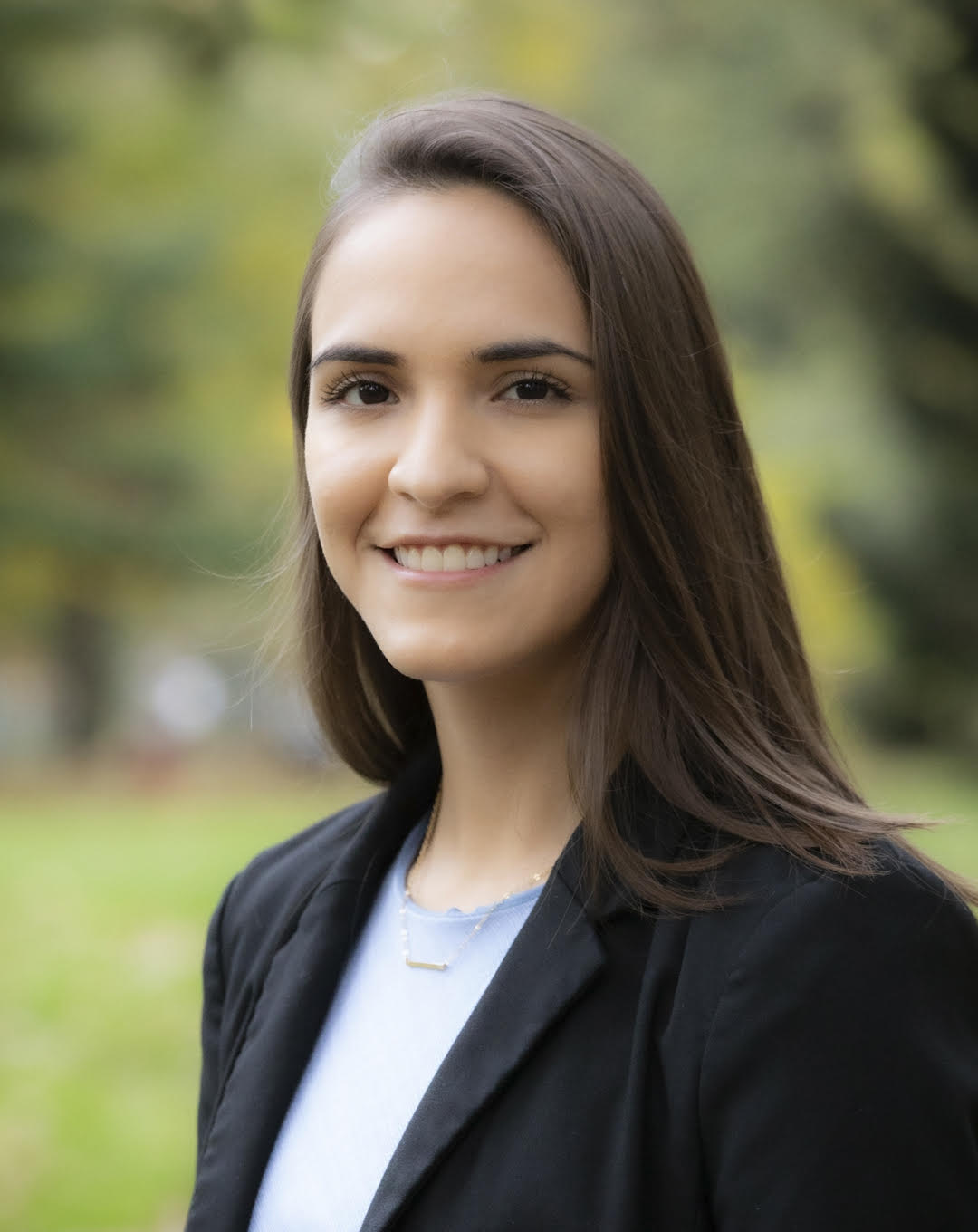 Valentina Osorio is an Associate of Avance Investment Management, LLC. Previously, Ms. Osorio worked as an analyst in the Communications, Media & Entertainment group at RBC Capital Markets. Prior to joining RBC, Ms. Osorio was a Financial Analyst in the Global Banking & Markets group at Bank of America. Ms. Osorio is an SEO AIFP fellow and serves on the Junior Board of Literary Inc. and the Hispanic Scholarship Fund. Ms. Osorio earned a B.S. in Finance from the University of Florida. Ms. Osorio resides in New York. 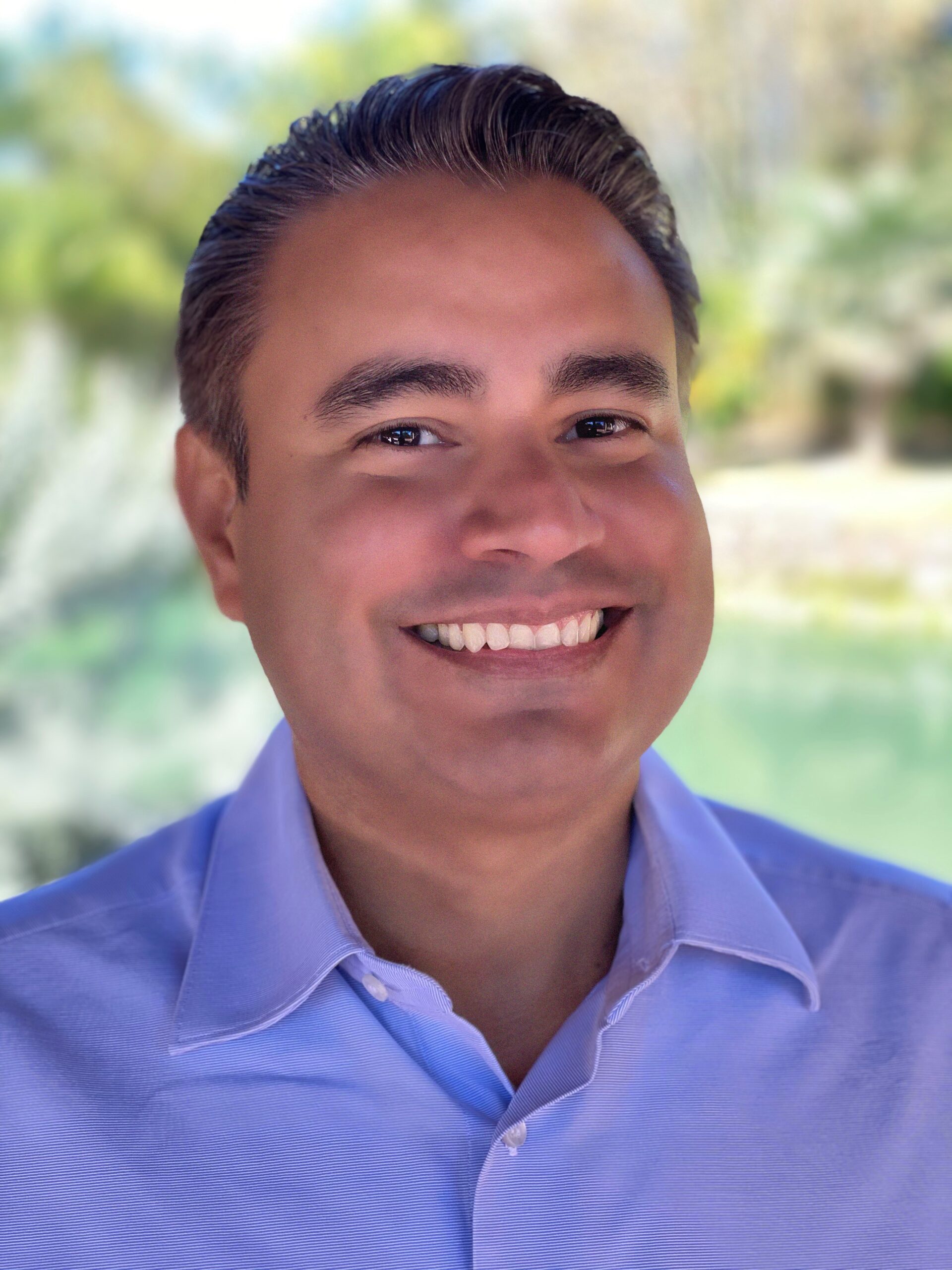 Angel Morales is a Senior Advisor of Avance Investment Management, LLC. Mr. Morales is a Co-founder and CEO of Morales Capital, a single-family office that invests across asset classes, with a particular focus on private equity opportunities in mission-oriented services companies managed by underrepresented groups. He has over 25 years of private equity experience and was formerly the co-head of BAML Capital Partners (BAMLCP), the internal private equity group of Bank of America Merrill Lynch. Mr. Morales was a member of the founding team that helped grow BAMLCP into a leading global private equity firm with over $6 billion of assets under management, seven offices around the globe and more than 80 professionals.

Mr. Morales earned his B.A. in Economics from Harvard University and his M.B.A from Harvard Business School. He currently serves as a Member of the Harvard College Fund Executive Committee and as the Founding Vice Chair of its Diversity, Inclusion & Belonging Committee. He and his wife established the Cassey and Angel Morales Inequality in America Postdoctoral Fellowship Fund to support Harvard University postdoctoral students in the study of racial inequality. He is the Founding Chair of the Board of Comp Sci High in the South Bronx and is also a Director on the Boards of the National Hispanic Scholarship Fund and Transcend Education. Mr. Morales lives in Florida with his mother, wife and two children. 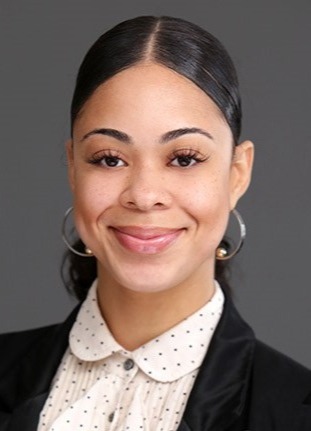 Alesia Chin is an Operations and Executive Support Administrator at Avance. Prior to Avance, she was an Executive Assistant at ICV Partners, a private equity firm. Preceding ICV Partners, she worked at TruFund Financial Services, a not-for-profit as an Executive Assistant & Accounts Payable / Payroll Administrator. Mrs. Chin earned her B.S. in Advertising and Marketing Communications from the Fashion Institute of Technology in New York City. Alesia
resides in New York.

We invite you to contact us and explore ways to work together.